The home loan market doesn't stand still. New products are launched almost every day. Your Zinc broker can compare and contrast several hundred different home loan products from the lenders on our panel to see which ones suit you and your goals. You should also use our mortgage calculators as a guide to how much you can borrow and what your repayments will be.

When you're ready to discuss your options in more detail it's simple to make an appointment to speak to a Zinc broker. 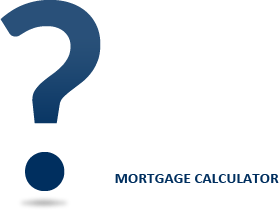 A fixed rate loan is a loan that has a fixed interest rate and therefore fixed loan repayments. The time period of these loans can vary, but you can usually lock in your repayments for between 1-5 years. Although the fixed rate period may be 3 years, the total length of the loan itself may be 25 or 30 years.
At the end of the fixed loan period you can decide whether to fix the loan again for another period of time at the current market rates or convert the loan to a variable interest rate for the remaining time left of the loan.

A split rate loan is a loan that has one portion of the loan fixed and one portion variable. You can select how much to allocate to each.

This type of property loan revolves around equity built up in your property and allows access to funds when needed. These products are creative ways to raise funds for property investment by providing cash up to a pre-arranged limit.
Each month the loan account balance is reduced by the amount of cash coming in and increased by the amount paid on the credit card or withdrawn in cash. As long as there is consistently more cash coming in than going out these accounts can work well. However, they can be very costly if the balance of the line of credit is not regularly reduced. It requires an interest-only payment as a minimum each month, which can add up to a lot of interest over the long term.

A low-doc or no-doc mortgage is ideally suited for investors or self-employed borrowers looking to refinance, purchase or renovate. No tax returns or financial reports are required.

The interest rate is usually low to attract borrowers.
Also known as a honeymoon rate, this rate generally lasts only for around 12 months before it rises.
Rates can be fixed or capped. Most revert to the standard rates at the end of the honeymoon period.

People with poor credit ratings often have trouble sourcing a home loan. Many lenders now offer what are known as 'non-conforming loans' for people in this type of situation. While lenders are willing to overlook prior credit problems, they will want to see some evidence of your ability to repay the loan. A larger deposit than is required for traditional loans will generally be required also.

Meet with a Zinc Broker today

The home loan market doesn’t stand still. New products are launched almost every day. Your Zinc broker can compare and contrast several hundred different home loan products from the lenders on our panel to see which ones suit you and your goals.

Meet with a Zinc Broker

We know you're busy, so we will meet you at a time and place that is convenient for you. Just enter your details below and we'll be in touch within a few hours.